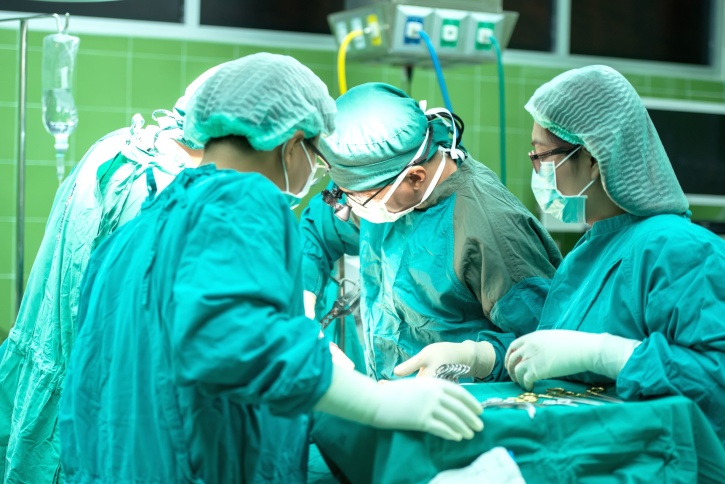 Will Fatphobia Cause Eugenics?

It is beyond problematic how fatness is being framed in the current rhetoric and strategies during the CV19 pandemic. Fatphobia is causing extreme harm in general and particularly now during this health crisis.

The World Health Organisation released a publication in 2017. It is called “Weight Bias and Obesity Stigma: Considerations for the European Region”. It tells us that fatphobia is everywhere all the time, particularly in the healthcare sector and the media. And it tells us that healthcare professionals cause inequality and morbidity by treating fat patients differently. Furthermore, in this publication WHO encourages doctors and other healthcare professionals to treat fat patients with the same empathy they would slender patients and to “explore all causes of a presenting problem, and avoid assuming it is a result of a person’s weight status.”

But that is exactly what is going on right now. We are dealing with a health crisis, a pandemic. A virus unlike other viruses is roaring and taking its toll on human beings everywhere. This virus is one of the corona viruses categorized SARS CoV2 called COVID-19 or CV19 because it originated in 2019. COVID-19 was discovered in December and is estimated to have started spreading amongst humans in November. We do not know everything about this virus because it is so new. Scientific research takes time. We do not have results that can let us draw a whole lot of conclusions yet.

We do not have the evidence to conclude anything about fatness and COVID-19 at this moment. But that has not stopped the health authorities in many countries to list fatness as a risk factor during this pandemic.

Every time a fat person falls ill – whether it is a broken bone, having allergies, depression, asthma, anything at all – if the person is fat, their fatness will be blamed and weight loss will be proposed as a solution and there will be either explicit or implicit blame of this fat person being at fault and having caused it by being fat. The publication from WHO clearly states that losing weight is not something you can simply choose to do and that doctors and other healthcare providers must take fat patients’ symptoms seriously and not conclude it is because of their weight.

This is exactly what is going on right now during this COVID19 pandemic. Without evidence, the conclusion is that fat people are more likely to get infected, more likely to get critically ill, and less likely to be treated with a positive outcome than people who are not fat. We do not have the evidence for this! Yet it is presented as fact – even though it isn’t.

There may be statistical outcomes now and later that suggest fat people have fewer chances against COVID-19. Maybe! But these statistics do not paint a full picture in which the weight biased discrimination as described in the WHO publication is taken in consideration.

The problem with fatphobic weight bias in the healthcare system is that doctors, nurses, and so on tend to dismiss fat patients, not examining them properly, not giving them proper care and treatment, and also not having equipment in the size that will fit fat people.

There is also the fact that fat people being used to shaming from healthcare professionals may seek medical assistance later than people who are not used to being shamed and mistreated by healthcare professionals. So, many fat COVID-19 patients will most likely have sought medical treatment later when the illness is harder to treat.

Furthermore, there is the fact that fat people are discriminated against in workplaces and in the job market in general. Fat people are less likely to get hired, more likely to get fired and make less money than people who are not fat. In countries where you pay for medical treatment out of your own pocket and not through taxing systems – many fat people will not have expensive insurances and may very well not be able to afford testing and medical assistance.

All of these factors will not be taken in consideration if research will show that fat people are hit harder during the COVID19 pandemic.

Despite the odds stacked against people of size, there is good news. ARDS – Acute Respiratory Distress Syndrome – is an acute state where the lungs are unable to distribute the much-needed oxygen to the blood. It is a state that people can be in for several reasons and also as a result of COVID-19. When critically ill COVID-19 patients need respiratory treatment it is because they have ARDS.

Former research regarding infections of the lungs causing ARDS show that fat patients have a better chance of surviving respirator treatment than patients who are not fat. Human beings are currently categorized in five different weight categories using BMI. The Body Mass Index is a measure that uses a person’s height and weight in a calculation that divides this person’s weight in kilograms by their height in meters squared. These categories are BMI less than 18 which is too skinny, BMI between 18 and 25 which is the correct human being, BMI between 25 and 30 is too fat, BMI between 30 and 40 is way too fat, and BMI over 40 is way way too.

What Can We Do?

But these stories don’t sell newspapers. What does sell newspapers is “OBESITY KILLS”. It is extremely difficult to turn this narrative around. Bodies are different. Different bodies are prone to different outcomes in different situations. Sometimes it can make sense to categorize by size. But mostly it does not make sense. As long as the world is fatphobic the fatphobic logic is to divide human beings into the categories of fat and not fat.

We cannot do much other than hope that health authorities listen to weight-neutral advocates in the healthcare sectors around the world. And that the self-proclaimed war that most countries lead on “obesity” will not allow for triage to be used as a way to not let fat COVID-19 patients receive the same treatment as slender patients because fat people are categorized as high risk and less treatable. That would be eugenics. Besides hoping, there is a petition started by a European fat activist initiative. They are called We4FatRights.eu and have started gathering signatures to prevent medical discrimination during this pandemic. Please sign now.