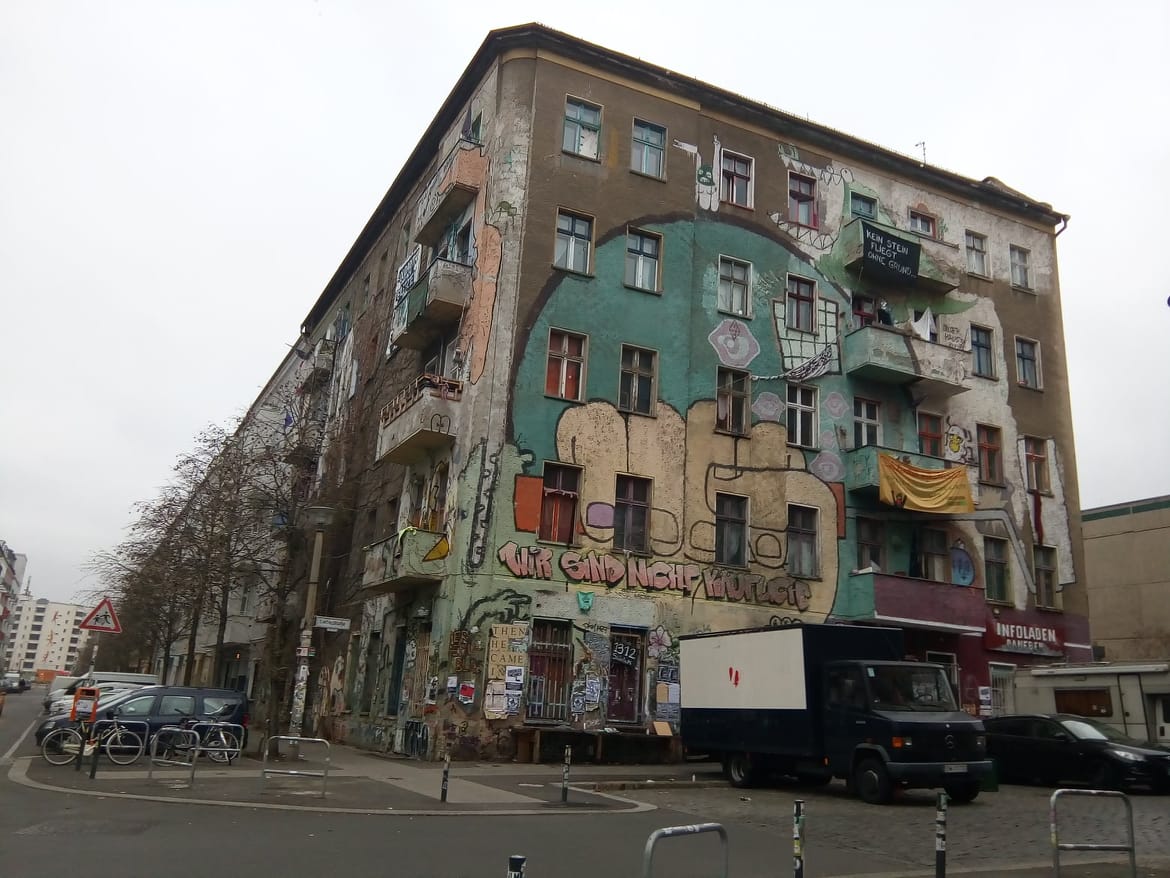 The fight for Liebig34 goes further

The Court hearing for the eviction of our anarcha-queer-feminist housing project will take place on the 20th of september 2019. Padovicz wants to snitch away the house, while the politicians are trying to keep our mouths shut. Both parties are awaiting a final court decision. We do not let any cis-men decide about the future of our anarcha-queer-feminist project, cause simply no one should decide about us, but ourselves.

The last weeks in Nordkiez

Lateley, the presence of cops in our neighbourhood increased massively. Helicopters are flying daily and nightly over our roofs. Multiple police vans drive through our streets and ID-controls become part of everyday normality.

Also, during our self-organized neighbour fest in which a lot of children participated, the cops reacted in an aggressive way, trying to ruin our day. Several persons sympathising with our project, have been arrested and taken into custody. The arrests of these friends were very violent and sexist. Whether it’s about getting a coffee in the morning at the other side of the street or having dinnerin front of our house, the cops find ways to intimidate us. The system of state tries to silence us by all means. As a consequence, we face daily confrontation with the cops. However, their provocation is not something we allow to set us back or keep us small. It is something that encourages us to resist.
We are aware that their violent behaviour is purely a reaction on our mobilization in our joint-fight against gentrification, patriarchy and capital. All of this, shows us, that our battle against “the city of the rich and powerful” is effectively starting to worry the establishment.

A glance into our future

It remains important to not let them take away Dorfplatz and the neighbourhood, but to show presence, since we want to shift life and summer to the streets in Berlin. Let us all together. Let us express to Padovicz and everyone else whatwe think of this court date which we received. Be creative and support us with solidarity actions. Further, it’s fundamental that the focus is not only on the eviction day of Liebig34, but that decentralized actions happen everywhere at any moment.
We won’t be robbed of our desires and conviction when our house will be evicted. The fight against capital and patriarchy is not solely connected to one day or one project. Let’s form rebellious feminist gangs!

We will continue to battle further for a life free of hierarchies, away from patriarchy and capitalism. For a liberated society in which living spaces are no commodities in a consumerist world.