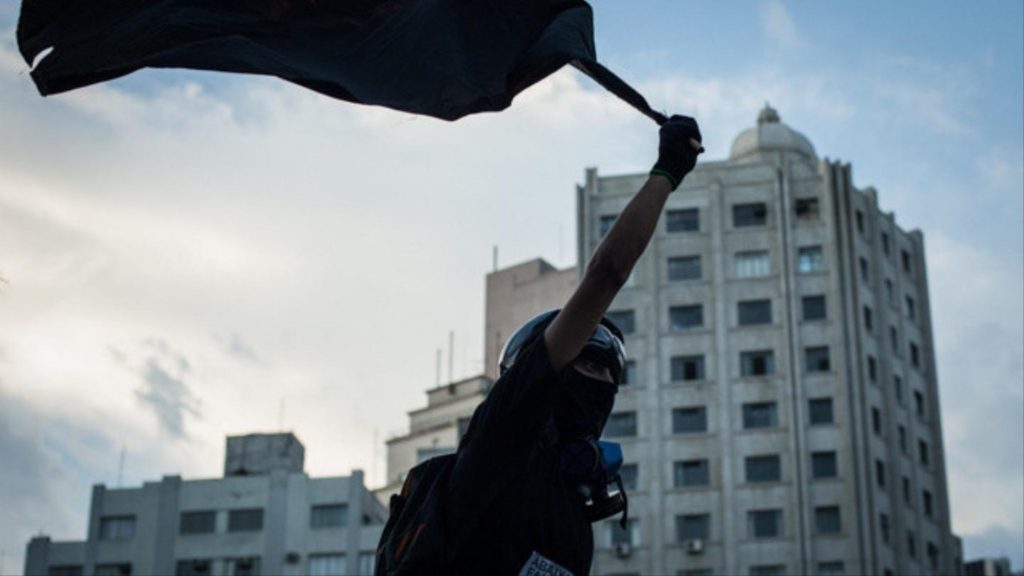 With the capitalist destruction of earth and life continuing unhindered and the nearing prospects of an ecological collapse, there is, perhaps more than ever, a serious and immediate need for global revolutionary movements. Where do our movements here in Europe stand faced with the immense challenges and demands of our epoch? Can we retrace our revolutionary roots? Can we become the creative force that can effectively abolish the cannibalistic authority of the rich few over the many?

Outside of Europe, the revolutionary spirit has reaffirmed its historical strength with armed and organized insurrections in Chiapas and the Middle East paving the way for the liberation of life through the self-organization of the people on the bottom, in terms of equality and communitarianism. But also all around the world in recent decades we see that combative resistance and insurrections are breaking out as a result of the increasing violence and totalitarianism of capitalism.

Let’s draw our inspiration from the Black resistance movement in the U.S. and the uprising in Chile. These were popular people-led movements using militant and insurrectionist strategies to directly confront the oppressors and their armed thugs (the police). Daily images of barricades, burning banks, and attacks against cops flooding global news are the reminder that the world of those in power is easily set ablaze when the rage of the oppressed finds a collective expression.

And yet, revolutionary practices and ideas have been systematically abandoned in our movements. Our struggles are all too often assimilated into the liberal democratic cemetery of politics, where consensus with law and order prevails, thus reducing our movements into harmless opposition/protest movements. Inevitably this works against our need for actual self-organization of people as a combative revolutionary force.

Because discussions around revolutionary perspectives and ideas can not but place the revolutionary prisoners who put these ideas into practices in their center, our contribution to this campaign and discussions will be a focus on the case of Revolutionary Self-Defense and of the incarcerated revolutionary anarchist Dimitris Chatzivasileiadis, but also primarily on the written proposals towards the movement that the comrade has posed through his published communiques. Dimitris has taken the political responsibility for continuing the armed struggle based on the legacy of the urban guerrilla group Revolutionary Self-Defense and is currently serving a 16-year prison sentence in Greece for his revolutionary struggle in Greece.

A short historical background of the case:

Revolutionary Self-Defense was a revolutionary anarchist organization active from 2014-2017. During its years, the organization took responsibility for five armed attacks: against the headquarters of the Greek political party PASOK, the Mexican Embassy in Athens, the French Embassy in Athens, and two attacks against the greek riot police (MAT) in front of PASOK offices in the neighborhood of Exarchia. The communique of the organization has been translated into English and can be read here and here.

Dimitris Chatzivasileiadis went into hiding in October 2019 following an injury during an expropriation of a state casino store in Athens, Greece. After living as a fugitive from the state for 18 months, he was arrested on Monday the 9th of August, 2021, in Thessaloniki, Greece, following the expropriation of a bank in Pefka. The first degree trial for the case of the expropriation in October 2019 and the case of Revolutionary Self-Defense took place in March 2020. The state convicted Dimitris to 16 years for participation in the Organization, as well as comrade Vagelis Stathopoulos for expressing solidarity to Dimitris by aiding him after his injury. Anarchist Stathopoulos was convicted for 19 years, as revenge for his unwavering stance of solidarity, but also for his participation in the anarchist movement, and his past conviction for the guerrilla Organization Revolutionary Struggle. The trial against the two anarchists on the second degree has been set for February 2022.

Since his arrest, Chatzivasileiadis, as all prisoners, is facing the bare punitive and vindictive violence of authority. With this campaign, we call upon comrades worldwide to stand in solidarity with this revolutionary fighter who gave everything to the struggle for our collective liberation from the meaningless rot of the bourgeois State and the domination of global Capitalism. During his time in clandestinity, but also since his arrest, the comrade has participated fully in the open political dialogue of the movement through the publication of his speech in the movement’s media. With this written word, the comrade poses crucial questions to the movement as to its historical responsibility faced with the increasing violence of capitalism and calls for open dialogue and for the revolutionary organization of the social base on an international level. With this campaign we want to contribute to this dialogue by introducing the comrade’s propositions, thereby strengthening our global connections, but also commitments to the struggle, and sharing ideas about how to effectively organize today.

To anyone who is interested to participate in the campaign by organizing a solidarity events with discussions around the proposals of captive comrade Dimitris Chatzivasileiadis, in the context of the necessary discussion around international perspectives of revolutionary strategies and practices, send us an email at RevoltIntCampaign@riseup.net

1. Noted here are the links to the publications of the comrade which are most relevant to the discussion we wish to initiate, and those which have been translated into English. Starting with the published brochure Antimilitarism and Revolutionary Anarchism (https://athens.indymedia.org/post/1606583/), where the comrade’s active proposals are set out analytically. This text is currently only in Greek, but will be translated and printed by us in due time. Printed brochures of this text in Greek can be distributed by us, upon request. Other texts that are available in English and sketch out the comrade’s positions are Debriefing and Propositional Statement of comrade Dimitris Chatzivasileiadis to the comrades (https://athens.indymedia.org/post/1606087/) and Response to the Week of Revenge for comrade Michael Forest Reinoehl, who was murdered by government order (https://athens.indymedia.org/post/1609173/)