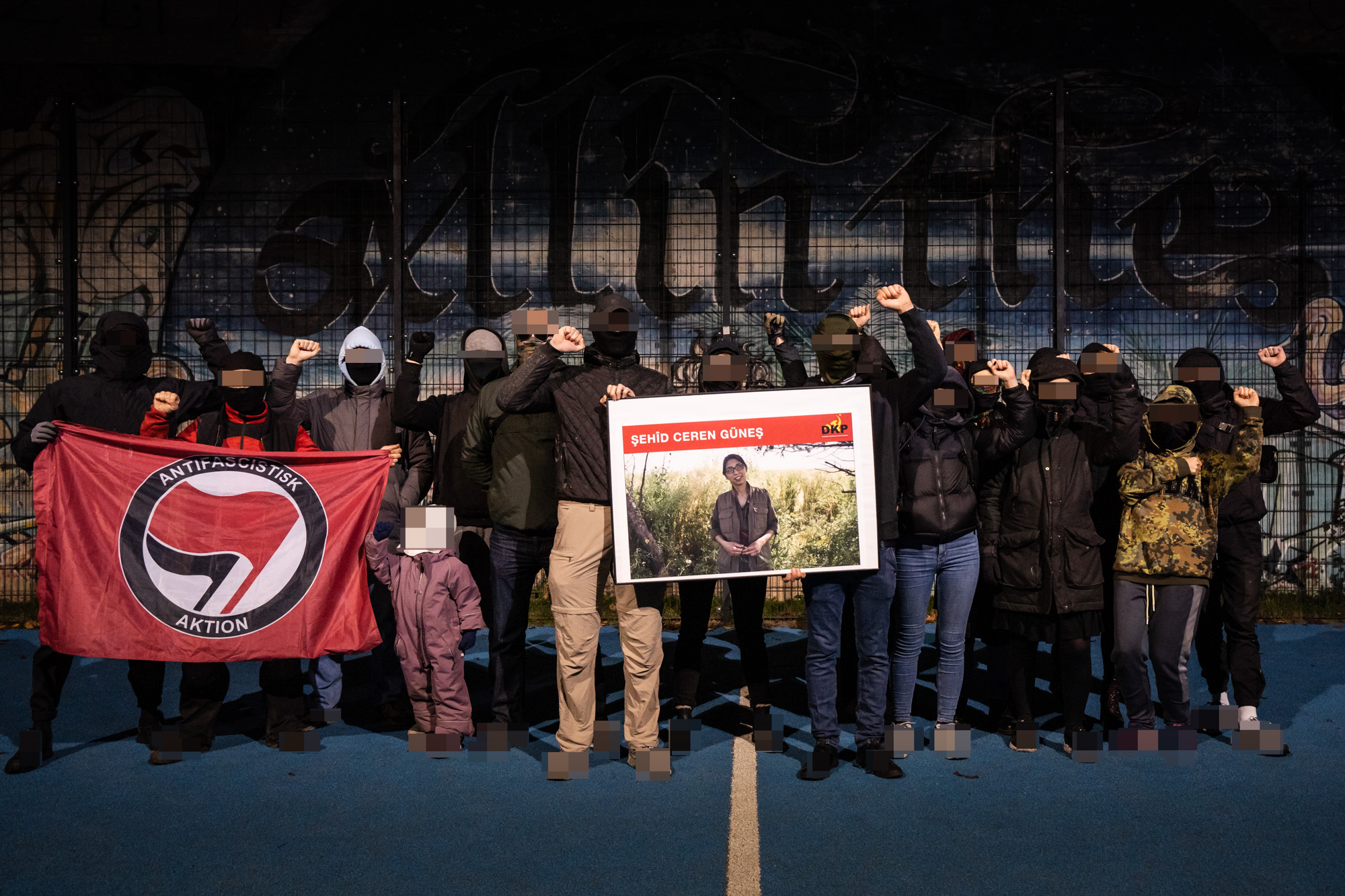 Şehîd namîrin
Our martyrs are immortal

Tribute to the commander Ceren Güneş

A new hero fell martyr on the Til Tamir frontline

Our beloved friend and comrade Ceren Güneş fell martyr on the 3rd November 2019 during a military operation against the fascist invaders, in the villages north of Til Tamir and south of Serekaniye.

Ceren Güneş, real name Özge Aydın, was the military commander of DKP/Birlik and one of the coordinators of the international volunteers inside the International Freedom Battalion. She left Turkey 4 years ago to come to fight alongside the Kurdish people in Rojava in their struggle against the Islamic State.

Loyal to her ideals, she kept fighting against all forms of fascism threatening Rojava and its people. Following the revolutionary path in which she believed, she had been actively fighting on the frontline since the battle of Serekaniye, although she was lightly injured a few days before her death.

No words are sufficient to describe the admiration we had for her political commitment in life and the pain we have since her death.

The internationalist fighters have lost a dear friend and an extraordinary comrade. The price for victory is high, but she inspires us to continue to struggle for it.

Now more than ever, revolutionary unity and international solidarity are needed to defeat the imperialist forces who have chosen Northern Syria as a new battle/play-ground. It is our duty to honour Ceren’s legacy and to oppose with a strict revolutionary ethic those who try to impose a tyrannical order on these free lands.

Ceren Güneş will live forever in our hearts and in our struggle!